Saugatuck Elementary School will be rolling out RULER across K-5 grade levels in 2018-2019. In our first year, the plan is to concentrate on helping children create a charter that is a working, living document and help them use and understand the mood meter. There are also many ways in which both classrooms and specials are using the RULER tools in their teaching.

During the 2019-2020 school year Meta Moment and Blue Print will be launched.

Each classroom at Saugatuck  established a classroom charter - a document that helps children think about the ideal emotional climate in the classroom. Teachers led discussions and activities in the classroom to think about feelings they would like to have, generated a list and agreed upon the language they would like to use. In subsequent activities, the children discussed ideas to resolve conflicts when they arose. Click on the pictures above to see some examples.
In addition, Eric Lawrence, Saugatuck’s Technology Teacher, along with other special area teachers at SES, created a video for children to help reinforce the ideals of the classroom charters as children went to their daily specials. The video serves as a reminder that wherever we go in school the ideals of the charter remain common practice.

The Mood Meter looks a little different for children in grades K-1 and 3-5. In grades K-2, children focus on....while in grades 3-5....
​​RULER has even permeated Westport's ArtSmart program. The ArtSmart project completed in Mr. von Euler's 5th grade class this past February gave students an opportunity to reflect on their class charter; it gave them an opportunity to make any adjustments, or enhancements, to the language used.

The ArtSmart project was inspired by an art piece that a local artist, Kerry Rosenthal, made (see below). 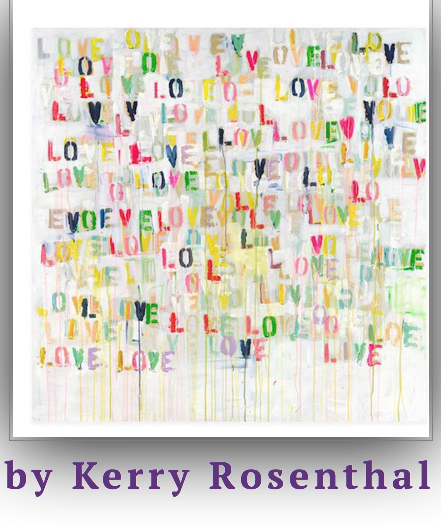 The idea of repeatedly stamping a meaningful word was implemented in the ArtSmart lesson.  The students first chose a word for each of the 4 feelings they want to maintain in the classroom, which are stated in their charter (Safe, Respected, Included, Successful).  They chose these word connections.

We decided to give words to the resulting feelings that come from maintaining the feelings of Safe, Respected, Included, and Successful, and we boldly printed them "radiating" out from the center to each corner.  These words are Courage, Inspired, Unification and Empathy! 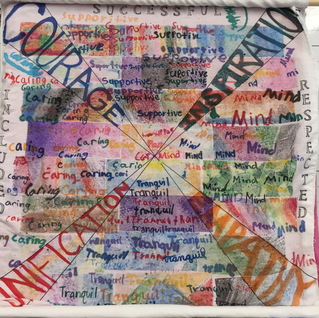 Literature is a great way of developing an understanding of emotions! Working with Ms. Locke, SES's Librarian, 4th graders related the mood meter to their literacy unit character study. Students thought of a specific character's feelings, described the emotions -and why- and placed a post-it in the matching mood meter quadrant. They placed a second post-it to show a change in mood of that character- and why. Students saw that characters can have challenges to overcome and can experience a myriad of emotions just like we all do. In another example, after reading the hilarious book, Penguin Problems, Kindergardeners used descriptive words for the emotions the penguin goes through when he looks at his frozen world ("my beak is cold") and when things don't go his way. Fortunately, Marty went from being in the blue to yellow when he saw his world from a new perspective!